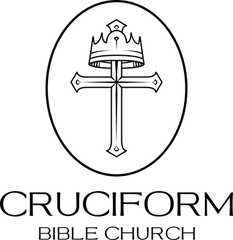 All of Life to the Glory of Christ 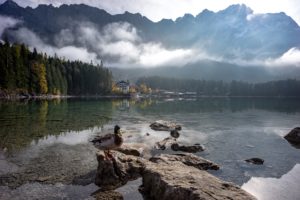 As followers of Christ and members of his church, we must affirm that there is, in fact, a real and present enemy at work souring God’s beautiful song of salvation. This enemy, though restrained, runs rampant in pulpits across America and beyond – singing a song of its own, threatening all who lend an ear to its sweet and savory tune. This cover song of sorts is what Bonhoeffer calls “cheap grace”.  Cheap grace he (Bonhoeffer) says is grace without price; It is grace without cost. To him, this is a putrid and death ushering song.

The believers and carriers of this deadly message say (like we) that our account has been wiped clean, that our debt has been paid in full, courtesy of the glorious cross. The problem according to Bonhoeffer lies not with this life-giving assertion itself but rather its implications when misunderstood. He claims that if we take the truth of this declaration to be the “data” rather than the “sum” it injects poison into our hearts, rendering us spiritually ill-fated. “Grace as the data for our calculations means grace at the cheapest price” (51).

Cheap grace as data, as a doctrine, a principle, or system, according to Bonhoeffer is grace without repentance (turning away from sin). It is madness sold “on the market like cheapjacks’ wares” (43). Cheap grace is an intellectual assent to the idea that there is remission of sins found in the cross of Christ. But It is justification of sin without the justification of the sinner. Cheap grace is the grace we bestow on ourselves, it is not a gift of God. Cheap grace is baptism without church discipline, it is communion without confession, it is “grace” without the cross. In short, cheap grace to Bonhoeffer is simply grace without Jesus – and grace without Jesus is no grace at all.

If left unchecked, the believer and practitioner of cheap grace will miss the call to follow Jesus for he has placed cheap grace in place of God himself. He will live as a worldling and obey Jesus’ commands not. For cheap grace is an enabler of sinful debauchery. Cheap grace is a given. It forgives and blesses sin before it is committed. After all, it was nailed to the cross two thousand years ago.

To combat this cacophony, Bonhoeffer offers a biblical solution and lens to view the rest of his work in an attempt to recover a “true understanding of the mutual relation between grace and discipleship”. That solution is costly grace.

Costly grace is pure and real grace. It is beautiful, it is sweet, and it is hard. Costly grace is also discipleship, for grace and discipleship are inseparable. Discipleship in this context means a complete attachment to the person of Christ himself. It means radically obeying him. And this call to be a disciple, to obey, is for all Christians everywhere without distinction (unlike the monastic movements’ thought). Costly grace is not data but rather the answer to the sum – and this changes everything!

Bonhoeffer eloquently presents and compares these two kinds of grace to reveal the beauty of the real and authentic song of salvation:

But how are we to grab ahold of these truths? How can we radically follow and obey Jesus? And how might we grow in costly grace?

Bonhoeffer makes it undeniably clear that it is Jesus alone who calls a man to follow him, but He doesn’t just call him to follow and listen as if he were a scribe or a teacher, “he bids him come and die” as if he was God, as if he had complete and utter claim on the disciples’ very life. Once called, the disciple must throw off his previous existence and by faith, yes by believing in Jesus’s Christ-ness, obey him. totally.

Though we are not saved by our works (obeying), Bonhoeffer believes that there is a great peril in ascribing “chronological distinctions” between belief (faith) and obedience as some often do. He believes that if we divorce the two (faith/obedience) we will inevitably overlook their essential unity to our detriment. You cannot have one without the other. Bonhoeffer says it like this, “Only he who believes is obedient, and only he who is obedient believes.” This mantra, with both parts intact, becomes incredibly important when we think about pastoral care. For he who is having a hard time obeying must believe, and he who is having a hard time believing must obey. Both and. The reason for this is that a man cannot have faith, cannot obey, cannot even hear or see Christ if he is willingly disobeying. Somewhere in his heart of hearts, he is refusing to listen to Jesus’ call to true discipleship, to life in Jesus. It also means man cannot obey unless he trusts in the object of his faith because somewhere in his heart of hearts he is refusing to believe in Jesus call.

Bonhoeffer doesn’t continue on without offering his heart. He has a colossal concern for theological speculation involving these truths. Though important at times, he claims speculation has the potential to blind us from the call of Christ. It has the potential to enable excuses. It can and will conceive lethal distractions that cause us to question God and bring to him fake and phony problems. The effects of this nonsense keep us from life-giving obedience, crushing any hope we have to live a life of discipleship. What shall we do you ask? Jesus’s answer is simple; “obey”. So, we can either live by the word given by God, or do as the devil wishes, we can “keep posing problems, and escape the necessity of obedience” (73).

Bonhoeffer ends the book calling the reader to do the same. He asks us to drop our nets like Peter. He shows us the way to the living God and what it looks like to live in community with other called men. And no man escapes the call to discipleship. We are either walking with Jesus or walking away from Him. We are not indifferent. We do not escape a decision. To “forfeit” our decision is to make the wrong decision. Jesus is God and he is alive – both in heaven and as the church (241).  He is calling men to be apart of his body. He Is calling them away from the law, away from their fleshly desires, away from his position in Adam, and calling them to himself – which is discipleship (240).

So where do we adhere to cheap grace? Where do our churches preach it from the pulpit? And where do we grip it tightly in the dark nights, when we ought to throw it to the ground – and grab Jesus’ broken, war-torn, and bloody body at the foot of the old rugged cross. 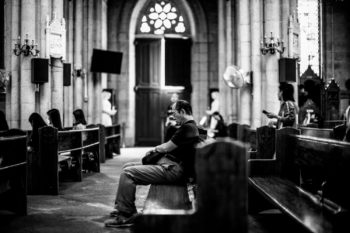 How to Listen to a Sermon 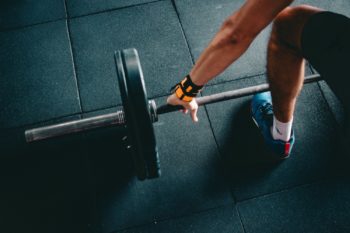 The Holy Spirit Is Not Just Muscle

The Holy Spirit, the third member of the Trinity, is not an impersonal force. He is God, and He is … END_OF_DOCUMENT_TOKEN_TO_BE_REPLACED 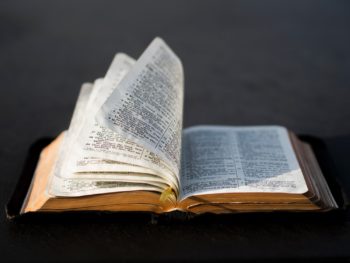 How to Read Your Bible: A Primer

Meaning in the mind of the culture, and in many places in the world, has become incredibly … END_OF_DOCUMENT_TOKEN_TO_BE_REPLACED

Who doesn't love cookies? We use cookies to ensure we give you the best experience on our website. If you continue to use this site we'll assume you're happy with that cause you love cookies too.Accept